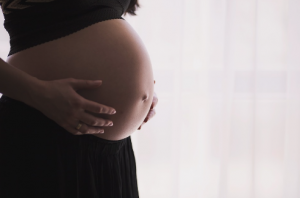 For many modern women, bearing children may often take a back seat to various personal and professional conquests such as career advancement, travel and various other activities aimed at self-actualization. This however does not mean that their fertility is not important as many would at some point at the very least want the option of having a baby.

Many will know that time is the number one killer of fertility in women, as every woman’s biological clock will eventually run out of time by approximately the age of 50. This being said, the topic of female fertility does have a little more to it than just time, and there are many important facts that every woman should be privy to, as they pertain directly to her health and well-being.

When do I know that I’m Infertile?

Well, in days gone by, it was generally assumed that if a woman could not conceive, she was infertile- but we’ve come a long way from those dark times. Having a baby takes more than just a fertile woman, or a fertile man for that matter. Apart from at least trying regularly to conceive, it is advised by doctors that a woman who has been trying for up to a year- or even less if she is older than 35- should see a gynecologist to determine the cause of the problem and hopefully identify a solution.

So, you’ve been trying for some time, but have had no luck. If you as the woman are infertile, that could mean that there could be an issue with your ovaries, uterus or womb. These types of problems are in no way normal, especially in younger woman and could be potentially harmful and even fatal in some cases. You should try to have regular check-ups with your gynecologist in order to keep an eye on things.

The Most Common Cause of Infertility

The most common cause of infertility in woman occurs during the ovulation cycle, as this produces the egg which will later be fertilized. The most common cause of this is polycystic ovarian syndrome (PCOS), which occurs when women have a hormone imbalance. This may not be immediately harmful, but if left untreated over time can lead to changes in your appearance and eventually result in diabetes or heart disease.

The exact reasons for the occurrence of PCOS are not yet properly understood, but it is widely recognized that early treatment of this syndrome can help in managing the symptoms and also prevent long-term complications. Many researchers believe that it has strong linkages to genetics and if you have a history of diabetes in your family or women with irregular periods, you may be at higher risk.

Infertility is not the only symptom of PCOS as other symptoms could include acne, trouble losing weight, irregular periods and depression.

Other Common Causes of Female Infertility

Even though this is known to be one of the most common causes of infertility in women, there are several other issues which are also common problems worth knowing about. These may include:

This disorder is a disease of the female reproductive organs which are situated above the pelvis. Even though infertility is one of the symptoms, other symptoms may include extreme pain, fever, vaginal bleeding and foul smells and discharge from the vagina. As bad as the symptoms may sound, it is most important to note that this disease is one of the most common issues caused by a sexually transmitted disease (STD), and should you suspect that you may be suffering from this, you should see a doctor immediately.

This syndrome is characterized by the growth of tissue which normally occurs inside the uterus and in other places of the body- most notably the abdomen. This can result in period-like pains in the abdominal or lower back region, irregular periods and also infertility.

There are several factors which may place you at a higher risk of endometriosis, such as never giving birth, having a shortened menstrual cycle, starting your periods at a young age or menopause at a later age and high alcohol consumption.

Even though the main complication associated with this condition is trouble falling pregnant, ovarian cancer is more likely to occur in women with endometriosis as compared to women without. Although the increase in this risk is still relatively low, you should speak to your doctor to learn more about this and positive lifestyle choices you can make if you have, or think you may have, endometriosis.

Once an egg is fertilized, it will normally be implanted in the uterus to grow into a baby. In some women however, the egg may be implanted elsewhere in the abdomen, in which case the pregnancy will not be able to come to term and the women may need emergency treatment.

Usually the first symptoms of an ectopic pregnancy are pelvic pain and vaginal bleeding. Because this usually occurs at such an early stage, the woman may not even be aware that she is pregnant. Other symptoms of this may include dizziness, nausea and shoulder pain.

Severe cases of ectopic pregnancy can ultimately cause the fallopian tubes to rupture which may then result in severe bleeding and pelvic pain. If you experience these symptoms, usually along with dizziness, you should contact a doctor instantly.

As the uterus is one of the most important organs in the female reproductive system, any physical problems with the uterus can result in women not being able to fall pregnant or even complications during a pregnancy. One such case is uterine fibroids.

These usually occur during your childbearing years and are characterized by lumps residing on the uterus, anywhere from sizes indiscernible to the naked eye, to ones which may distort the size and/or shape of the uterus. Many women will develop these at some stage during their lifetime, but that is not a cause for concern as many don’t display any of the symptoms.

However, women who do have the symptoms of this condition may experience heavy menstrual bleeding, periods which last for longer than a week, constipation, the need to urinate often and even pelvic and leg pains.

You should see your doctor if you experience extreme period pains, bleeding between periods or difficulty urinating. Factors which may affect the occurrence of these can range from your diet to the use of birth control.

As mentioned, the occurrence of this will usually not affect fertility, but can and can also cause complications.

Some other factors which you should take note of with regards to female infertility are some more general ones such as being overweight or obese, or having a poor diet- which may not cause infertility but may reduce your fertility, making it harder to conceive. Alternately, you may also be a victim of what is termed ‘combination infertility’, where you and also your partner may suffer from multiple smaller fertility issues, which may then cumulatively result in the inability to conceive.

Also, you should remember that fertility is a complicated issue and there is still much which is not properly understood. A simple example is that of unexplained infertility- as 15% of all couples are unable to determine the exact cause of their infertility.

As we have looked at some of the more common and important factors which may cause infertility in women, there are countless more and the better educated you as a woman are about your own body, the better for your own wellbeing and for that of your child. There are so many factors to consider when looking at female fertility, but apart from hereditary causes and age, your fertility as a woman is generally an indication of your state of health and you should pay close attention to this, because in the majority of cases, a healthy woman is a fertile woman.

Scroll to Top
We use cookies to ensure that we give you the best experience on our website.
If you continue to use this site we will assume that you are happy with it.OkPrivacy policy