Top Causes of Infertility in Women

Most women spend many years trying to prevent themselves from getting pregnant, so when they do decide that the time is right to have a family and it doesn’t happen straight away it can be a shock and a bitter disappointment. Many people are unaware that there is only around a 15-20% chance in any month that a woman will conceive, and infertility is surprisingly common, with over 6 million women in the USA struggling to either get pregnant or to carry a baby to full term.

Infertility, however, is not diagnosed until a woman has been unable to conceive for a full year, and it is only then that tests are run to determine the cause of the problem. Although in 40% of cases the problem ends up being down to the male partner, there are a number of other reasons why a couple may struggle to have a baby which are due to a problem with the woman’s reproductive system. With one in six couples now having issues with fertility, it is important for women to be well informed about the top causes of infertility in women and which problems can be prevented in the first place. 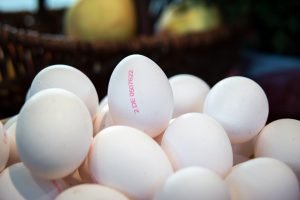 By far, the most common reason for women to struggle to conceive is PCOS, a condition which is the result of hormonal imbalances which produce small ovarian cysts. 70% of female fertility problems are down to polycystic ovaries which cause the woman’s cycle becomes disrupted, causing her to have irregular periods, or missing periods for several consecutive months. Around 10% of all childbearing-aged women are affected by this condition, but under 50% of them have received a formal diagnosis. The symptoms are varied and include an unpredictable menstrual cycle, excessive hair growth, acne, skin tags and persistent weight gain.

Hormonal Factors Which Impact on Ovulation

25% of cases of female infertility are attributed to irregular ovulation due to hormonal imbalance. Usually, the cause is a dysfunction of the brain’s hypothalamus and the pituitary gland which secretes the hormones necessary for reproduction. Changes to the level of luteinizing hormones, follicle stimulating hormones and prolactin all have an impact on ovulation.

Once known as premature ovarian failure, this condition means that a woman’s ovaries have become depleted or stopped functioning properly before the age of 40. Although it is less frequently seen than PCOS, it still affects 1% of women and can be the result of an autoimmune condition or genetics.

This painful condition causes the womb lining tissues to begin to grow in other parts of the body, such as inside the fallopian tubes, behind the womb or in the ovaries which causes irritation and scar tissue to develop. This condition can often block the fallopian tubes, alter egg quality, cause pelvic inflammation or disrupt implantation causing infertility. Adhesions may also be formed in the pelvic cavity after having a trauma or surgery to the reproductive organs. Women who are diagnosed with endometriosis are advised to try to get pregnant at a younger age, since the chances of conception are higher in younger women due to the higher quality of eggs. Surgery is available which can remove scar tissue to improve the chance of getting pregnant, especially if IVF is received too.

Any anatomical change to the fallopian tubes, ovaries or uterus can have an effect on a woman’s chances of conceiving, but the most likely culprit of infertility in this case is a fallopian tubes blockage. Often infections in the tubes are caused by an organism which begins life in the cervix and progresses up the fallopian tubes such as chlamydia or gonorrhea. When these infections remain untreated, scarring of the tubes can occur which results in a blockage that prevents the egg from meeting the sperm and becoming fertilized.

These blockages can sometimes be surgically corrected, but if the damage is very extensive, IVF is a viable solution. Women are therefore always advised to use a condom during sex to avoid contracting STIs in the first place, and always to seek medical help straight away if there is any possibility of having been infected. Cysts, polyps and uterine fibroids can also decrease a woman’s chance of conceiving.

Waiting Too Long To Have A Baby

These days, more women than ever before are waiting until much later in life to try for a baby, and that is another leading cause of infertility. Around a fifth of all American women now wait to try for their first child until they are over 35, and this has resulted in around a third of older couples having problems in conceiving.

Women are born with all of the eggs that she will ever have, and while in her 20s 90% of those eggs will be of good quality, by the time she is in her 40s, 90% of them are abnormal, and that means that the longer a woman waits to try to get pregnant, the higher the chance of having either too few eggs or eggs that are abnormal, and that means that conceiving is almost impossible. One of the reasons why so many women want to wait until they are older to start a family is because they want to have a career and to save up enough money first.

The good news is that in this day and age, it is possible to freeze eggs at a younger age so that they can have a baby more easily once they are older and decide that the time is right. Many medical insurance plans now include egg freezing, and this treatment has become a reliable way for women over the age of 35 to conceive since the womb does not really age, meaning that if the egg is of good quality and the woman is in good health, a pregnancy should be successful.

Being Obese or Underweight

Women who have a BMI which is too low or too high may also struggle to conceive. Obese or overweight women have a 2 to 4 times higher chance of struggling to get pregnant, and some obese women have a 6 times higher risk of having a miscarriage. This is because being an unhealthy weight can have an impact on the pituitary gland which, in turn, causes ovulation problems. Around 12% of cases of primary infertility are due to body weight issues, but the good news is that it is possible to reverse this, with women being encouraged to aim for a healthy BMI in order to improve their chances of conception. If a woman has no other contributing factor to their infertility, there is no reason why should be unable to conceive naturally once she has attained a healthy weight, and 70% of women find that this is the case.

Unfortunately, for 5-10% of women, there is no obvious reason why they are struggling to get pregnant. All of their tests come back showing normal results or minor abnormalities which should have no impact on fertility. In these cases, the treatment will vary depending on the age of the woman in question. For women under the age of 35, artificial insemination and fertility drugs are often recommended, whereas in the case of older women, IVF is often the best course of action.

How Can Female Infertility Be Treated?

There are several methods which doctors can put in place to treat women with infertility problems. These include:

Is It Possible To Prevent Female Infertility?

Although female infertility that is as a result of illness or genetics cannot be prevented, there are some steps that women can take to improve their chances of conceiving.

If women take good care with their health, they stand the best chance of being able to get pregnant naturally, however with modern medical treatments such as IVF having proved to be so successful, it is important for women to realize that a diagnosis of infertility is not the end of the world and that they still have a good chance of becoming a mother.

We would love to hear from you! Please fill out this form and we will get in touch with you shortly.

___
We Also Offer Financial Assistance For
All Other Services
Contact Us Today For More Information!